Archibald Prize winning artist Guy Warren is turning 100 next month but that hasn’t stopped him from creating new paintings and holding four exhibitions at once, and another one later in the year. Sydney artist Guy Warren says no one warned him turning 100 would be “so much fun”.

By “fun”, Warren doesn’t mean cakes, parties and letters from the Queen when the big day comes on April 16.

He means having four exhibitions at once, and another one later in the year, with a host of new paintings and works on paper that Warren produced in COVID lockdown at his lower north shore home last year.

“I still feel 60, but my body won’t let me do the things I want to do and that’s frustrating,” Warren said this week.

“I can’t believe I’m so lucky. I’m busier than I have been in years.” Also turning 100 this year is the Archibald Prize. Warren won it in 1985 with a portrait of his sculptor friend Bert Flugelman.

The winged figure with Flugelman in the painting represents Icarus, whose wax wings melted when he flew too near the sun.

Warren’s work often evokes Icarus — even “sky drawings” when a pilot, flying to Warren’s instructions, drew the figure with his aircraft’s vapour trail.

No wonder the National Centre for Drawing in Darlinghurst is honouring Warren with its first ever exhibition, which opens on his birthday. The centre celebrates experimental drawing and is an initiative of the National Art School where Warren studied after the war.

“On the day I was discharged from the army, I walked up to the National Art School and enrolled,” he said. 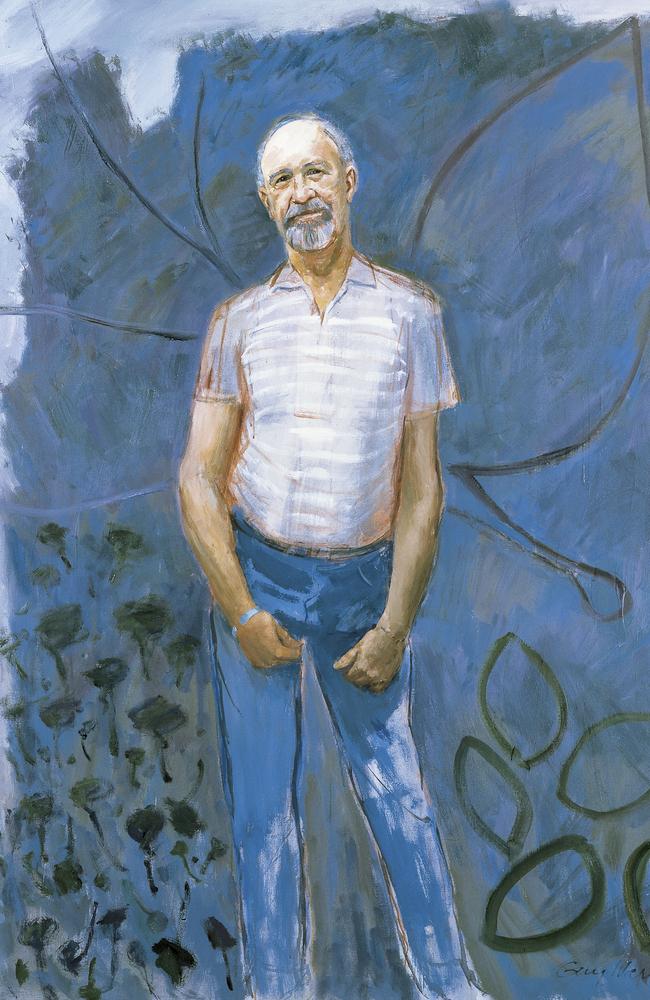 Guy Warren won the Archibald Prize in 1985 with this painting. Picture: Supplied

Gallery Lane Cove will open a survey exhibition of Warren’s work on April 29.

The University of Wollongong, where Warren worked as director of the art collection, will hold an exhibition of his paintings. And a show called The 100th Year will open on March 16 at King Street Gallery on William, in Darlinghurst.

New works at King Street Gallery on William will include paintings of Warren’s lush, unspoilt acreage in the south coast hinterland, where he and his late wife Joy Warren built a hut in the rainforest. Rainforests have inspired Warren ever since his wartime service in New Guinea where his contact with indigenous people gave him a fascination with the idea of human beings as an integral part of landscape and nature.

The fifth show celebrating Warren’s century will open at Nicholas Thompson Gallery in Melbourne in December.

“All together, (the exhibitions) will give an astonishing look at my whole life,” the artist said. Then he laughed.

“After that I can probably disappear into the rainforest.”